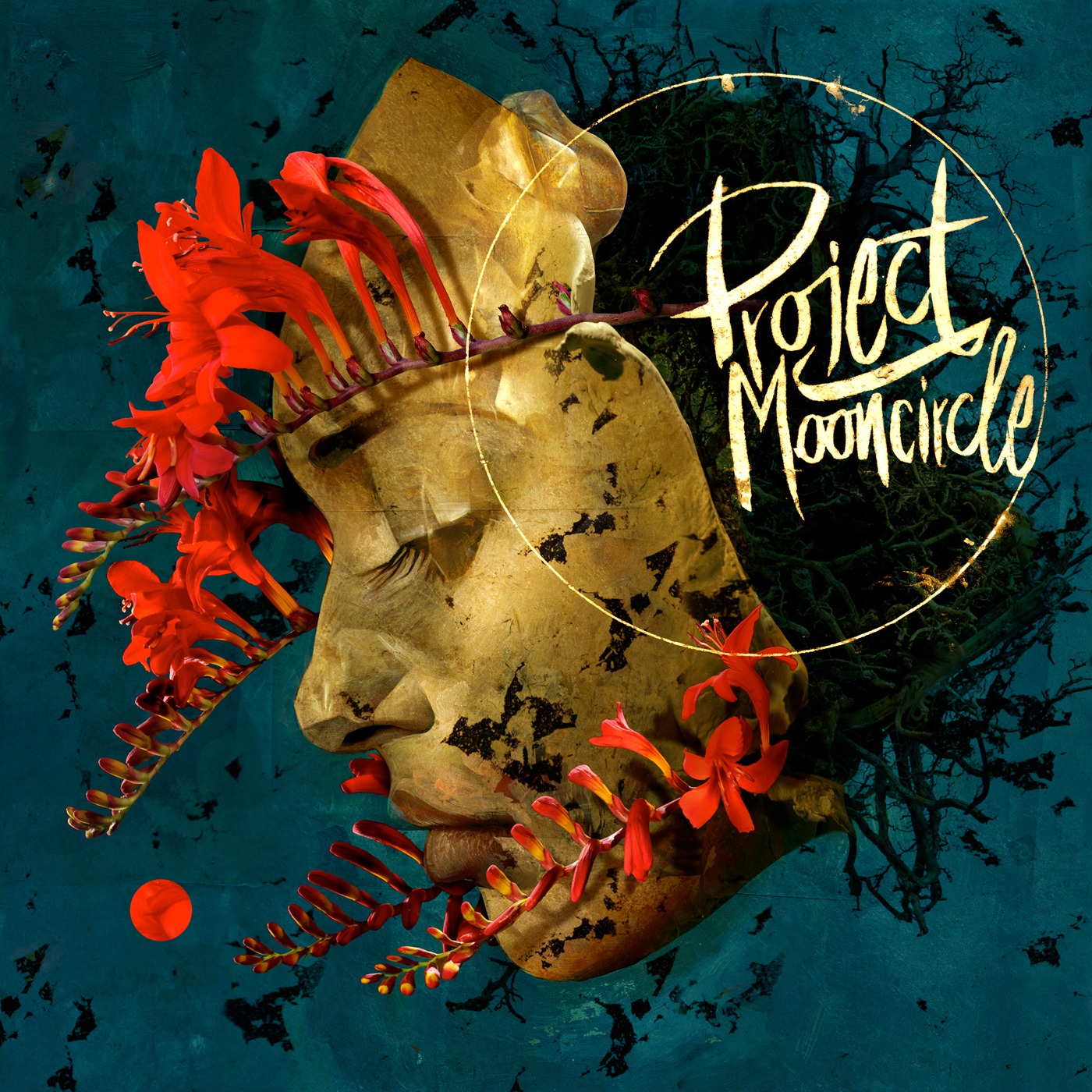 A journey to the moon that began fifteen years ago now reaches another milestone – 15 years, one and a half decades, over 150 individual releases, many many artists, countless professional relationships but also friendships along the way. Many many stories and shared memories – not all of them good, not all of them bad either. While modern space age technology would make it possible to reach the moon’s surface a lot faster, for us it is not only about moving forward as quickly as possible, but also to turn around, look back and around ourselves and to reflect on everything that happened and is happening. This is why we have such a broad range of artists guesting on our latest compilation. Some that have been part of the voyage from its earliest stages, others that have been with us for major milestones along the way, and even more that might move ahead with us into new and unchartered musical regions.

Working with Dave McKean – a true legend, especially for anyone into comic illustrations – wraps up this whole trip in the sweetest way. Not only is it a big honour, but – in a way – it completes the circle, as Dave has been a major influence for the label’s artworks from its earliest beginnings already.

Luckily, we have not crashed into any lunar crater with our listeners. We want to thank you for making this long journey possible and we greatly look forward to celebrating this milestone with our partners, musical family and of course with you, our listeners.

Since our 10th anniversary the face of one of our founding members who passed away way too early graces our logo. This release is dedicated to her and commemorates the 11th anniversary of her death.

The limited box (only 500 copies worldwide) includes five colored vinyl LP’s with over 35 exclusive tracks plus four additional digital bonus tracks (with digital download code), a bonus double CD version exclusively designed by Lorena Assisi, a T-shirt (only size L) and an exclusive documentary about the label – all in a specially designed box by Dave McKean.


Honestly, I could play all of the tracks from this! It is a delightful and excellent compilation!

In the 15 years since its inception, the always inspiring label has dropped over 150 individual releases and now prepares its latest, a 15-year, 39-track celebration featuring cuts from a huge list of world-class acts.

As always Project Mooncircle put together an array of artists to satisfy all appetites
great collective sound involved here.

Seemingly not a year goes by that this Berlin-based label doesn’t put out some of the finest and most criminally underrated down tempo beat music on the planet, and 2016 was no exception.

Chris Daly | Passion of the Weiss, US

The left-field electronic music label has become renowned for its eclectic stable of artists, constantly pushing the envelope and uncovering new talent, as well as championing stalwarts.

Their sounds and the artists they support stand out in their own distinct way.

PMC have been absolutely killer from the very beginning and this comp is no different! Can’t wait to play it on the show. Big up PMC for an amazing 15, onwards and upwards.

I’ve been looking forward to hearing this for ages and it sounding as wonderful as ever, as with all PMC releases. Congratulations on 15years!!!

I just flipped through about 10 tracks at random and they all sounded great. To digest the whole package will take some time but Project Mooncircle has become a byword for musical (and visual) quality control. Happy Birthday and I’m looking forward to the next 15 years already – keep up the fantastic work!

Good stuff, as I’ve come to expect from Project Mooncircle. Black Dance is trippy. Deft and Rumpistol’s tracks are my personal faves.

Project Mooncircle has been one of my favorite labels the past several years. I can trust quality whenever I see a new promo in my inbox and always
look forward to airing on my show. Congrats on the 15 solid years!

Brilliant — will present on my radio show!

Another record well worth checking comes via the Berlin-based imprint Project Mooncircle, who celebrate fifteen years of releasing quality music with a bumper 39 track compilation all but guaranteed to make any beat freak’s day. Project Mooncircle: 15th Anniversary should be sitting proudly in all good record shops now.

My Panda Shall Fly