TheQ4 is a collaboration of three young Dutch producers: Arts the Beatdoctor, Sense and STW. Who, though they all work in rather similar ways, have a unique sound of their own.

The (at the time 4 men) crew was formed in a sleazy, dark bar in Amsterdam during the fourth quarter of 2005; And have since then created an impressive amount of material together, coloured by a wide range of musical influences and artistic collaborations.

As apposed to continually repeating a loop, theQ4 compose their tracks practically note-by-note by making collages of hundreds of dusty little samples and percussion hits taken from vinyl. Sometimes adding material recorded with session musicians giving the whole record a very organic feel to it.

Due to this way of working, the amount of samples used and the time invested into each composition,  listening to the record is an experience similar to listening to a movie sound track.

The “Sound Surroundings” is the first product to come out of this project and because it’s entirely instrumental became a good expression of their original statement:

“Hip-Hop beats can evolve into something that is music by itself.”

When you first take the record out the sleeve and put the needle to the groove you are introduced to the band by a fellow who was sampled from a test record for Q4 sound systems:

“And now.. a full side of spectacular four channel music.. a great new instrumental group: theQ4”

These quadraphonic setups where being sold from 1970 on and where the first consumer surround sound devices on the market. The system used four channels (4 speakers positioned in the 4 corners of the room) whom each sent out a signal entirely or partly different from the other, summing together into a magical 4.0 stereo blend. Q4 is the name of one of such systems but is also generally a short for writing quadraphonic.

“When the crew was first formed, originally it had 4 members. (hence: the QuadraphoniQuartet) Each of us was also living in a different corner of Holland at the time and we all had our own individual style; Our own sound that we we’re making. We all have our part that we play, our own melody in the music, but in the end it blends together into one symphony, surrounding you from all sides..”

Arts The Beatdoctor (1983) started producing for emcees some years ago, only to decide he liked most of the tracks better without vocals. So he continued to develop his mostly instrumental style, his warm sound and diverse yet ever dreamy moods have since then gained in reputation.  He released various solo records: “Fragments” and the “Transitions” on Unexpected Records and “Progressions” on Beats Broke.

Sense (1985) has been in his own world ever since he was a child. His very defined moody style and unusual sample treatment saturate the sound of theQ4 throughout the album. Sense is also the producer for Shahmen, a group with rappers BLS and Unorthadox, female emcee Esperanza and ‘Rise & Shine’ with Sotu the Traveler.

STW (1981) was born and raised in the middle of nowhere and had only two options to get his kicks: doing drugs or creating his own unlimited universe through music. The combination of both turned out to be most fertile. He’s played guitar in several alternative rock bands, but is best known for his soulful swinging hip-hop beats, which have earned him quite some recognition winning beat battles and remix contests. 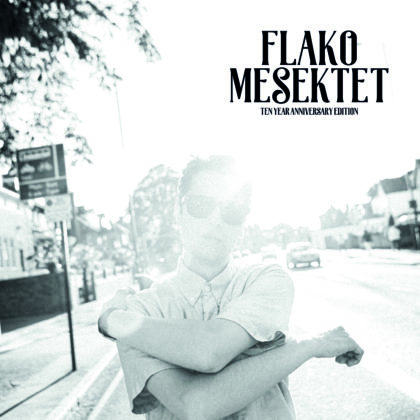