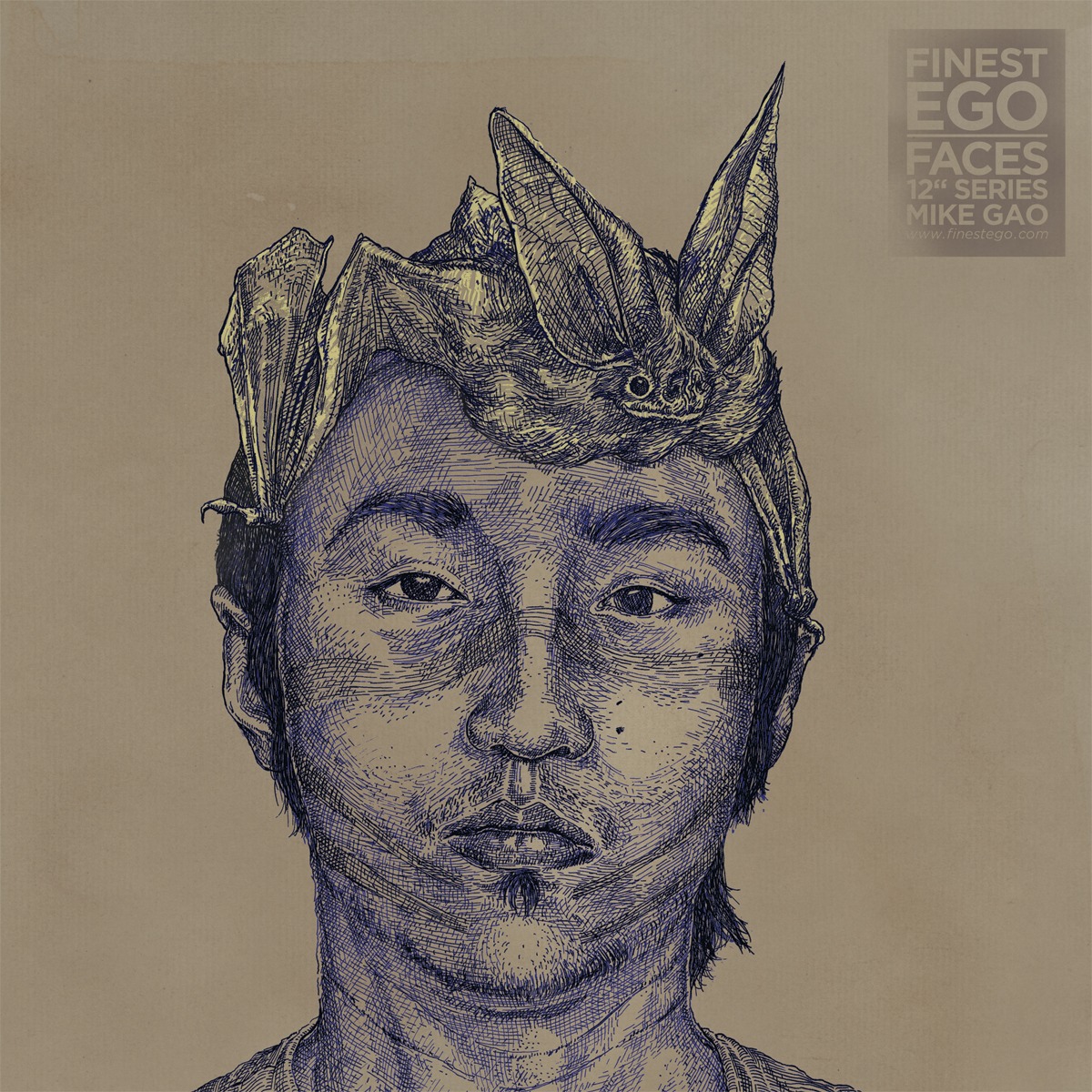 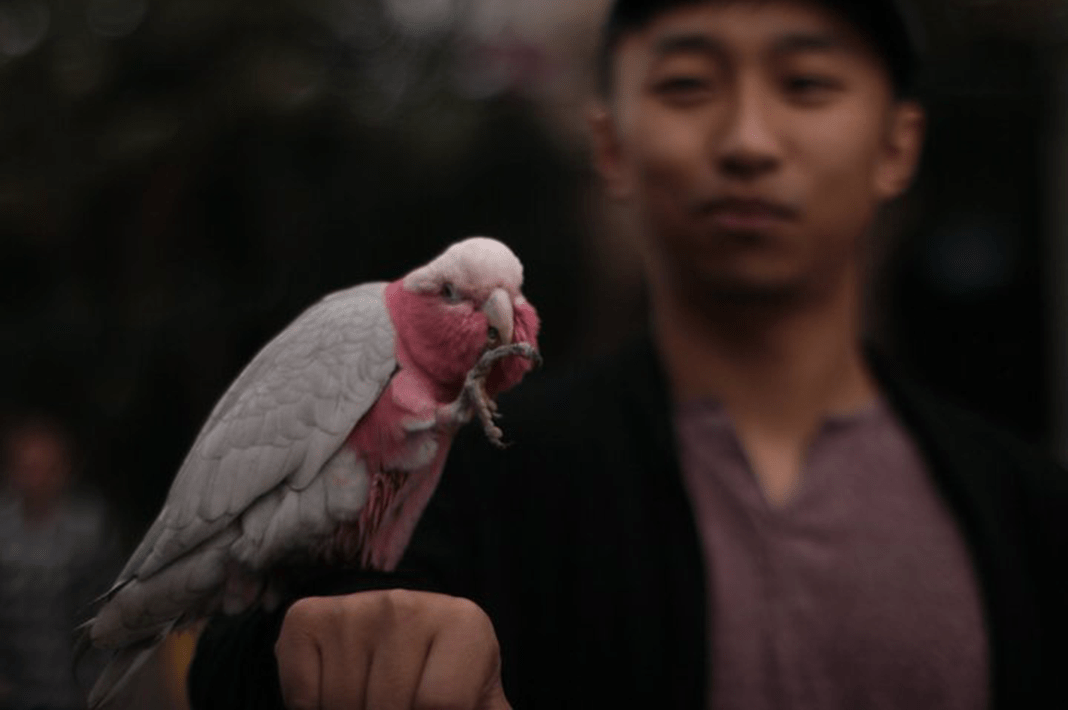 Project: Mooncircle & Finest Ego have teamed up to establish a fresh new 12” producer series, entitled “Faces”. On every edition, you will find two different producers. Respectively, each producer will have their own record-side and unique cover artwork by the aspiring LNY, known for his surrealistic portraits, blending humans and animals.

Going to be released upcoming February, the second edition of our “Faces“ series will exhibit works by the two extraordinary producers Daisuke Tanabe and Mike Gao. Again, coming from very distinct biographical backgrounds – despite their obvious Asian descent – the two are connected through their artistic excellence and uncompromising musical creations and visions. In symbiosis with these nocturnal flying mammals they use their ultra-precise sonic waves to navigate imperturbably through dark nights, leaving their prey with no chance of escape.

Mike Gao is a music technology researcher, holds a Masters degree in Music Technology at Stanford and is pursuing his PhD in Electrical Engineering at UCSD. After a career as underground Hip Hop and Scratch DJ in Chicago (working with such names as Qwel, Mestizo and Luckyiam) he began partaking and winning in numerous beat battles, Low End Theory being the most prominent one, which makes him one of the best kept secrets in the Los Angeles beat scene. He released music on labels such as All City with Tokimonsta, Galapagos4, Project: Mooncircle and many more…

Tokyo resident Daisuke Tanabe, a former art student who also lived in London for a while, developed from his techno/breakbeat background into a very unique sound between Hip Hop, Electronica, Folk and Jazz. He released music on labels such as Ninja Tune, BBE, Project: Mooncircle and Brownswood Recordings, performed with Zero DB and remixed artists like Elan Mehler and Aaron Jerome.

LNY is an artist living and working between New Jersey and New York. He makes art that is drawing based, social and open to the public in general; hence his drawings can be found pasted on buildings all over the world as well as in galleries and on 16-year-old kids’ tumblrs all over the internet. He is one half of Doodledrag, a New Jersey based doodling collective and always welcomes collaboration.