Miguel Gil Tertre is a musician and visual artist who has released some recordings as Strand, ocasionally with images in labels as City Centre Offices, Foehn, Plataforma-ltw or Ti thc nhac, withexcellent reviews in the international scene (de-bug, elected as one of the 20 best Spanish electronic records of all the time in Dance de Lux).

As Strand nice music made with digital and risky tools is searched. Music is the result of manipulation of sounds played with traditional instruments in software platforms or language programming. The work deals with the capacity of software to arise emotions.
Same as audio manipulation, Strand works with real images manipulated with Jitter living a visual answer to music. He has played in festivals such as Sonar (2 times 1999 and 2003), Fib, Experimentaclub, Sonikas, Arsnicas, Decibelio and La Casa Encendida. In his recordings he has counted on some of the best Spanish digital musicians, and with artists that could be considered dealing with other parameters such as Programme, Pauline en la Playa, Soarse Spoken, 12twelve and Dead Capo.

Besides Strand there are 2 other projects: Nushu (audiovisual performances with poet Bruno Galindo) and Strand+Tres (with dj Tres devoted to experimental hiphop). In 2005, his own label Ti thch nhac dedicated to collaborating projects between musicians exploring the creative process and new media, released its first release Strand reworked by 9 Spanish digital artists.

He signed 2007 at Project: Mooncircle. 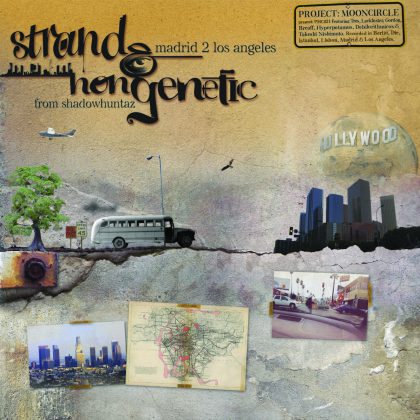