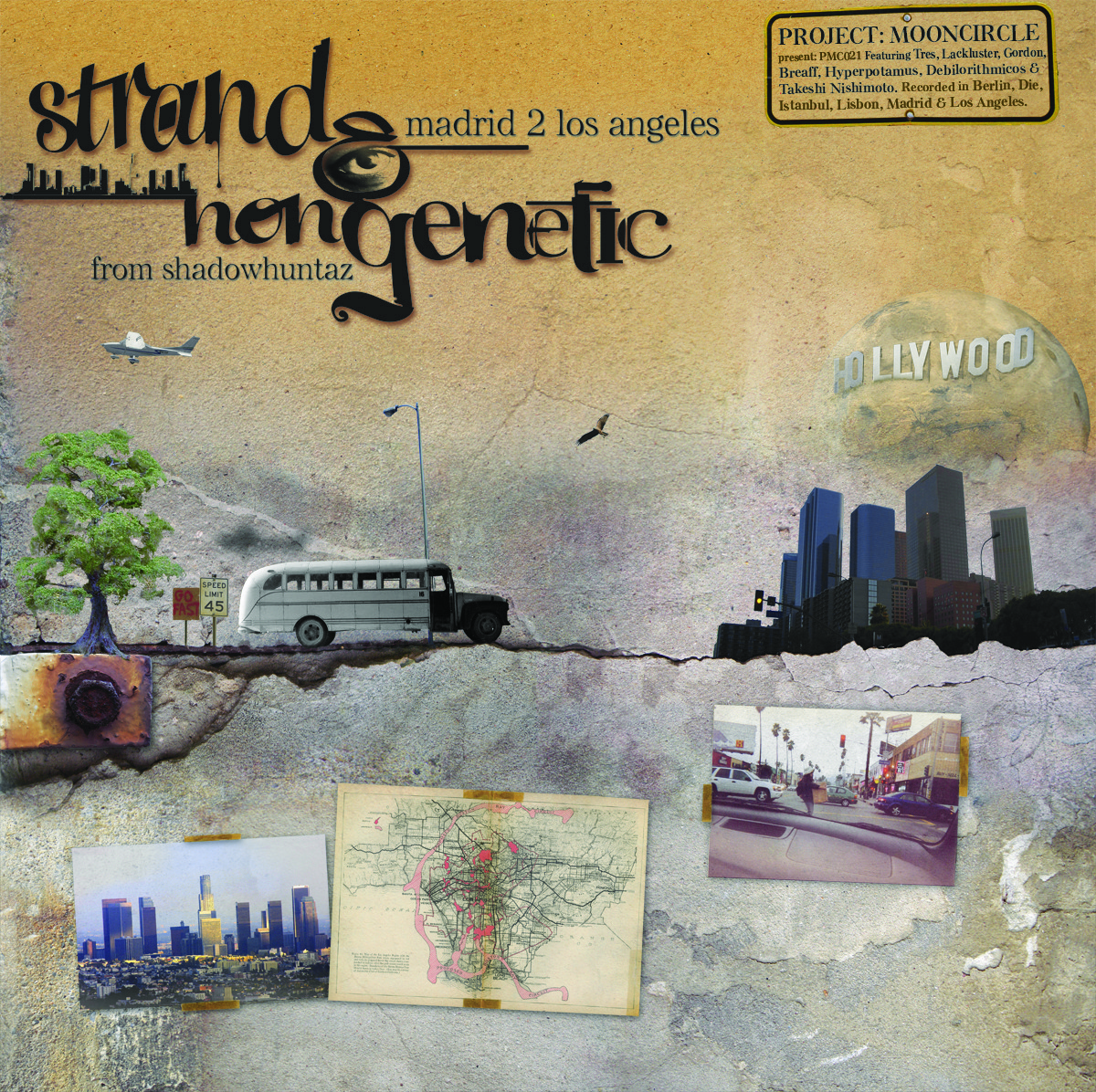 Nongenetic, a member of Shadow Huntaz and Strand (aka Miguel Gil Tertre) have teamed up for making a new breed of hiphop, pure emotional but with microscopical-scientific beats, electronic yet organic. They have met only once (November 2006 in LA) but the ideas, the beats and the flow were immediate. Back to Madrid, Strand played, recorded and processed in the computer a lot of music (guitars, drums, pianos). Non chose the best and rap over it with lyrics talking about life and the city of Los Angeles. Now you have with you something different: rap as a song, electronic experimentation as a beat…
From the computer generated sound of “The Chase” to the piano driven sound of “We Walk”.

Project Mooncircle gives you this record with instrumentals and remixes by Lackluster, Impulze and Hudson Mohawke (only Japanese version). Collaborators include Takeshi Nishimote, Tres, Hyperpotamus, Breaff and Debilorithmicos.