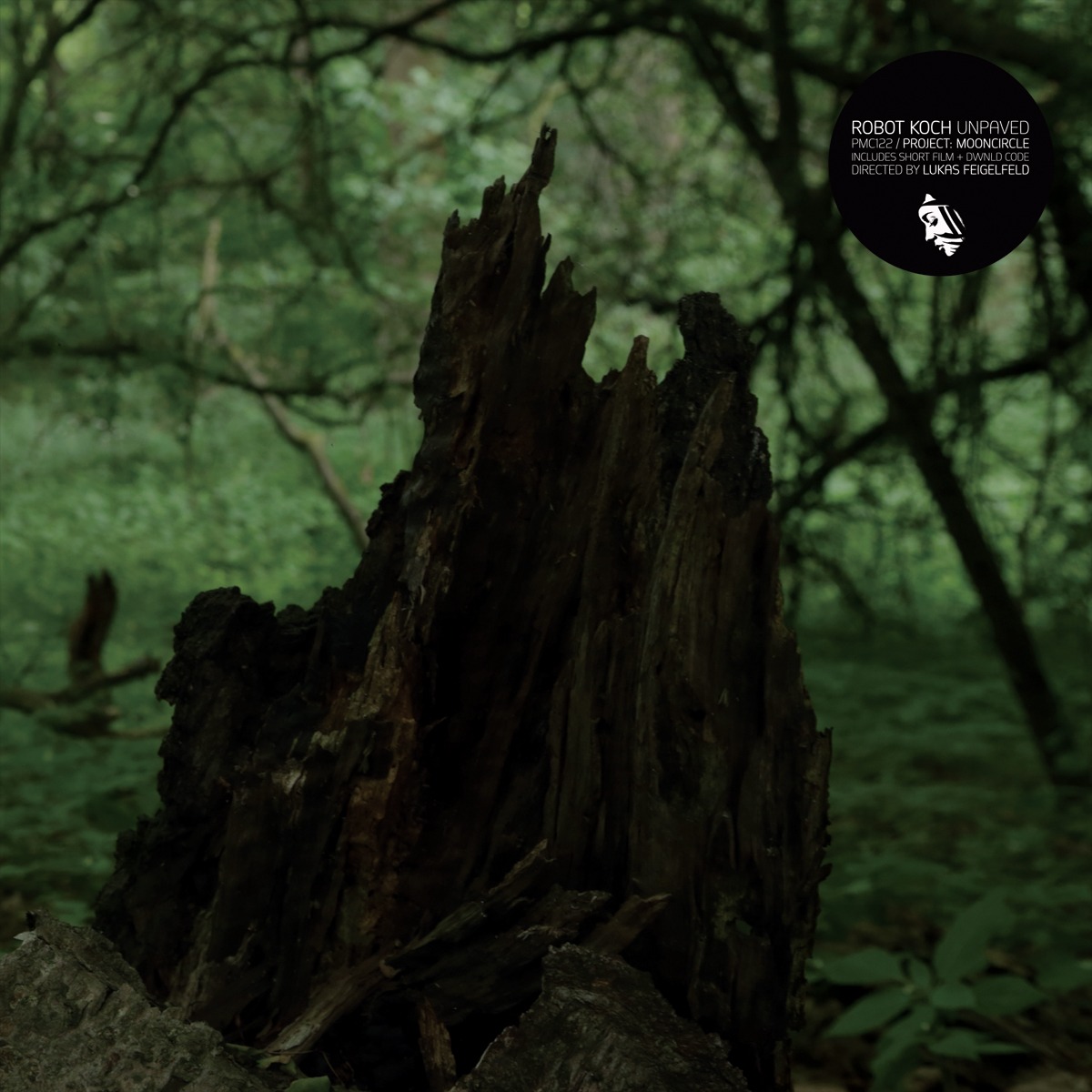 
Robot Koch and director Lukas Feigelfeld have teamed up to create a special collaboration project. After Lukas directed the video “Autodreams“ (“The Other Side“, Project: Mooncircle) in 2011, they wanted to go a step further. The idea behind the release “Unpaved” was to create a short film in which the music and the images are equally important.

Imagine the old mystic character “Pan”, which represents nature, animalism and freedom, in a contemporary and realistic setting; becoming a modern vagabond, a drifter, living in the woods and roaming the lands, always accompanied by his friend, the dog. As his path leads him into the city of modern society, he is quickly confronted with its harsh reality – The conflict between living in an urban space and wanting to be at piece in a remote place in nature. Can we consider ourselves animals or have we already evolved into something too distanced from its natural enviroment and essence?

“When I write music it’s always very visual. I have images in my mind that put me in certain moods while I produce – oftentimes I make music to a film that hasn’t been shot yet. This has been something I wanted to do for a long time: compose music for a film.“ – Koch

„As a film director, the great aim of this project was to create a symbiotic piece of work that allows the musician and the director to work on an equal level. By bouncing back and forth ideas, images, sounds and moods, we were finally able to combine these elements and establish a harmonious piece that reflects both his and my creative expression.“ – Feigelfeld

“Unpaved“ will be released on 12“ vinyl including a download code for the film.

This is a bit deeper than some of the other Robot Koch music I’ve heard. I really like it!