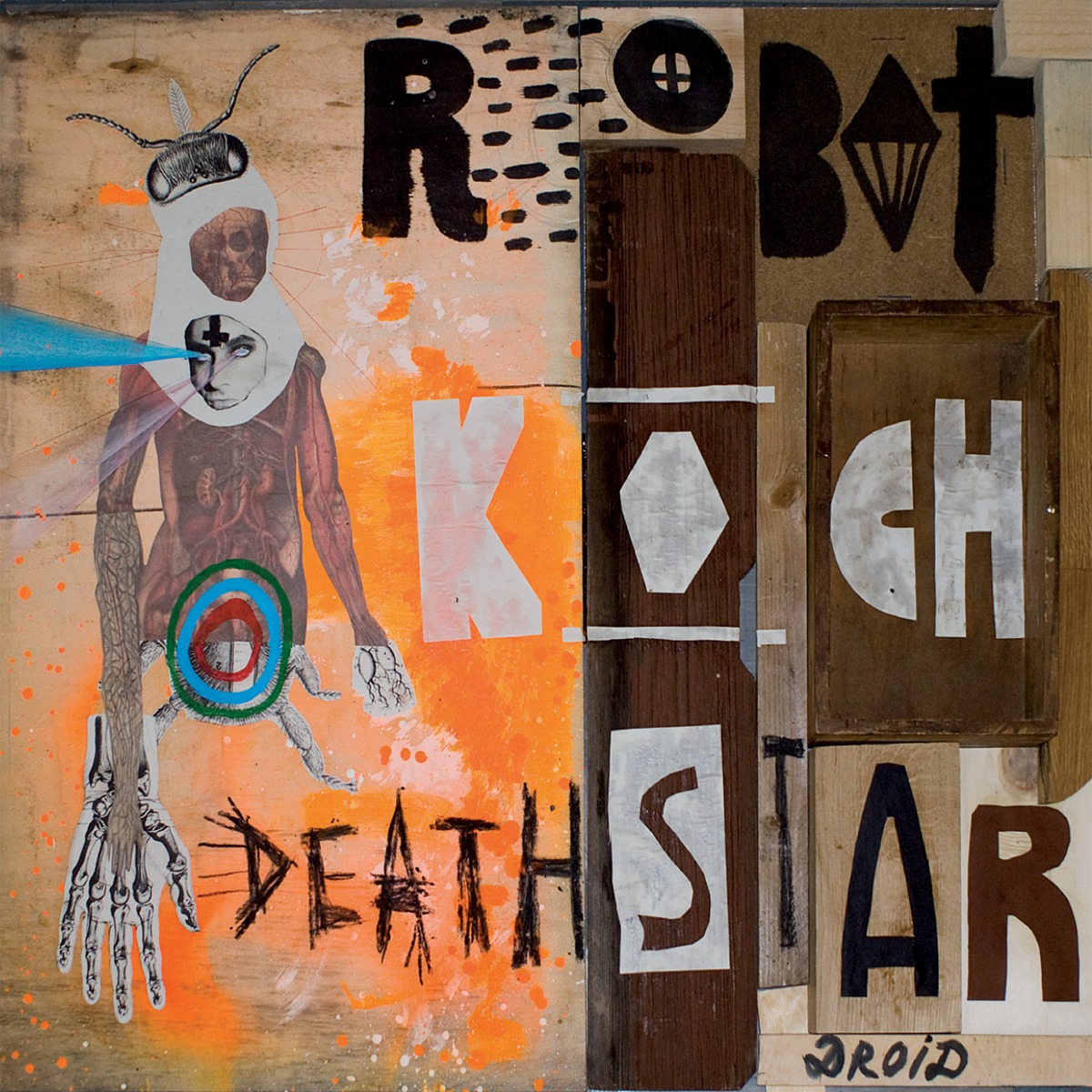 After the successful “Aftershocks EP” on his own Robots Don’t Sleep label, Robot Koch returns with this long anticipated full length heavyweighter. Death Star Droid is technically Robot Koch’s debut LP, but all that this means is that the record drops with his name on it alone – the man is no rookie!  Having released numerous records with his projects JAHCOOZI and THE TAPE VS RQM, as well as having made beats and remixes for for many artists internationally, Robot established himself as a household name in the world of Bass, Glitch and Lazerbeams. Lately his tunes became staple drops in the playlists of Bass Luminaries such as Starkey, Gas Lamp Killer, Hudson Mohawke, Mary Anne Hobbs and Rustie.

On death star droid Robot connects the dots between his more bass heavy and clubby project JAHCOOZI and his Post Rock outfit THE TAPE.

Death Star Droid is a Dubstep and Wonky Hip Hop infused affair, but the introduction of live acoustic instruments and heartfelt melodies is what sets it apart from the rest in the loosely defined genre. The grizzly synthies and bass lines on the song WHILE are supported by a drifting piano. On hard to find Robot introduces strings and flutes. The wobbling signature use of the Moog and Korg is present through out.

Robot has always drawn inspirations from all ends of the musical spectrum. Having started out as a drummer in a Punk and Hardcore band, he found his way into Electronic music via Hip Hop, Jazz and DJing.
His favourite albums include Slayer (reign in blood), John Coltrane (a love supreme) and 36 chambers by the Wu Tang Clan.

Robot’s mixtapes have what could be easily called a cult following on the net. the blogosphere is jam packed with these gems. And what always set these mixes apart from the next man’s is the liberty that they exhibited in defying genre based music by combining and clashing a broad spectrum of sound.

Flying Lotus recently asked him to contribute a mixtape for the brainfeeder podcast. The mix featured West African Folk and rare Jazz oddities. Fly Lo had told Robot: “We gotta feed the kids more than just beats.” It’s clear that the man listened.

Death Star Droid is far more than just a beatmaker/producer album with a selection of up to date beats. It’s a sincere musical statement made in the tradition of his mixtapes. Expect to be surprised – this is music made for true music lovers.

Wonderful and strange — pop music from the future