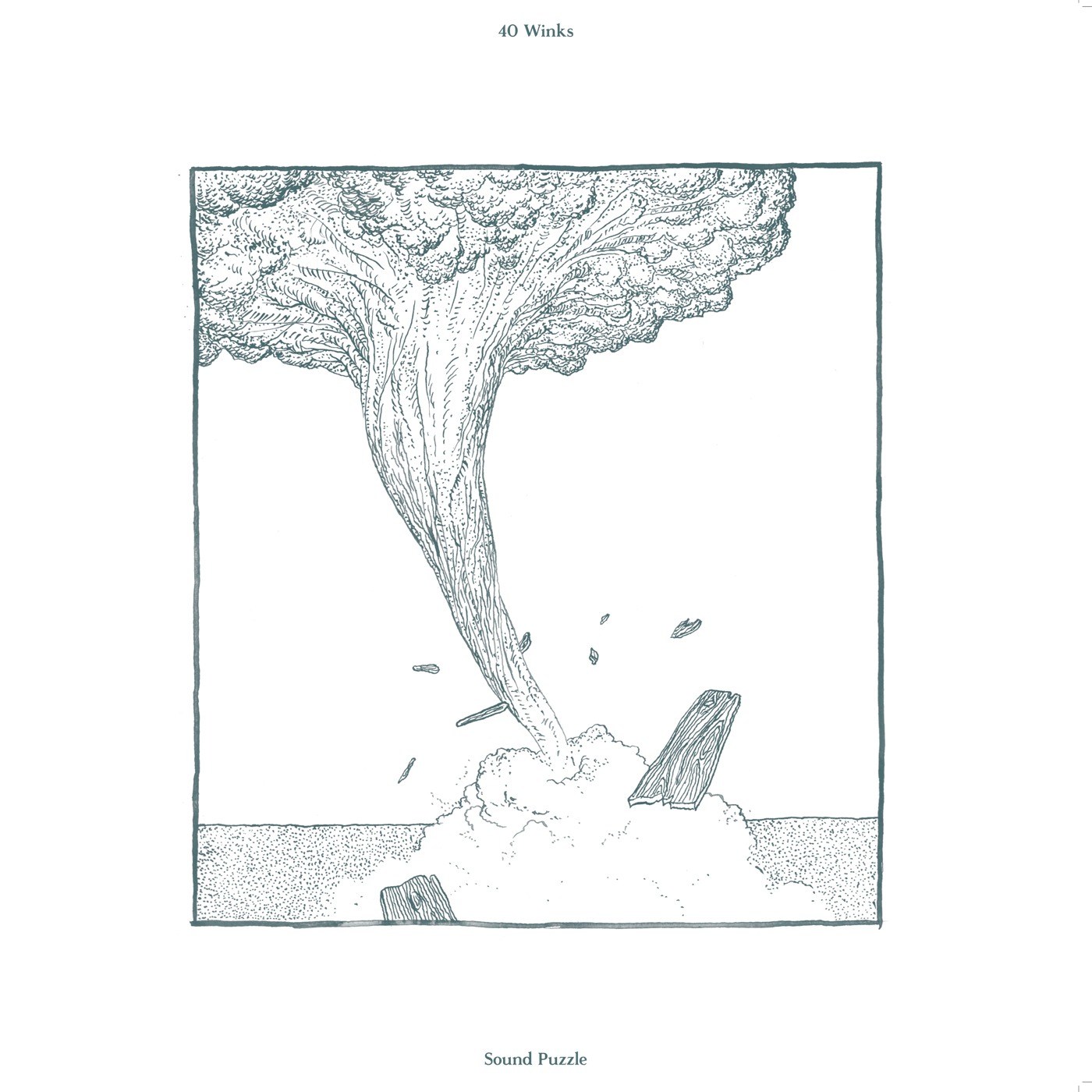 Originally released in 2007 on now defunct MERCK Records, ‘Sound Puzzle’ has never before been pressed on vinyl in its entirety and now also includes highly exclusive bonus material that has only been available on a very limited run of 100 cassettes back when it was first released.

A record that would foreshadow 40 Winks’ ascendance on the stage of left-field instrumental productions and paved the way for what has been an outstanding discography over the course of well over 10 years, ‘Sound Puzzle’, as the name implies, is the amalgamation of a myriad of samples, drums and loops, infused with film references, skits and humor, creating a release that begs to be listened to in its entirety.

The duo’s lounge leanings are evident from the off, but instead of going all-out coffeetable, there’s a subtle leaning towards the credible end of lounge music – smoky European bars, crackling home movies and girls with knitted scarves… you know what I’m talking about!